Subscribe to the newsletter to get exclusive offers, product announcements and promotions!

A cultural melting pot descended last Thursday night onto MiiR Flagship. The reason? The monthly TNTNW, the Pacific Northwest’s premier latte art event and coffee industry hang-out. Many come from Seattle, many from Portland, and some from as afar as Vancouver just for the chance to pour.  The room was abuzz with plaid, desert boots, copious amounts of facial hair and a Ryan Gosling Look-alike. The space is large and sterile. Only 20 minutes before the first pour the music is pumping and pulsating over the coffee and beer-fueled conversations. 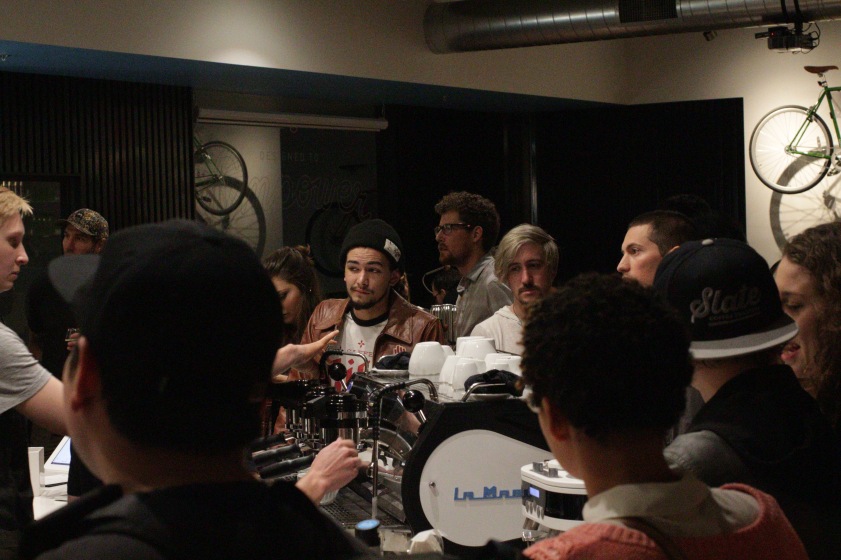 The pace picked up as the first pour was hurled and the judges handed down their deliberations with rigid exactness. Within moments the crowd that earlier filled the room had wrapped itself around the bar, pressing against the counter tops for a good look at the action.

By 9PM the first gaggle of attendees were gone. Only the serious remained. 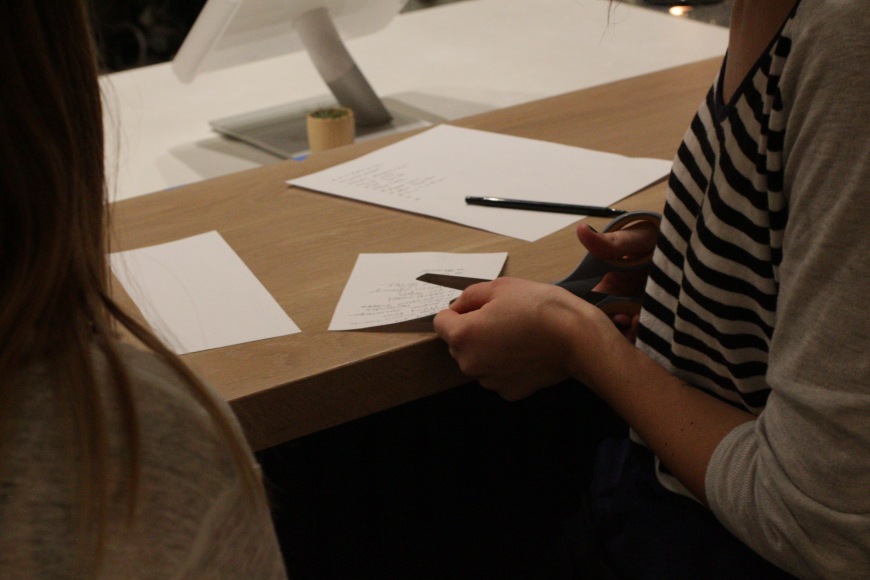 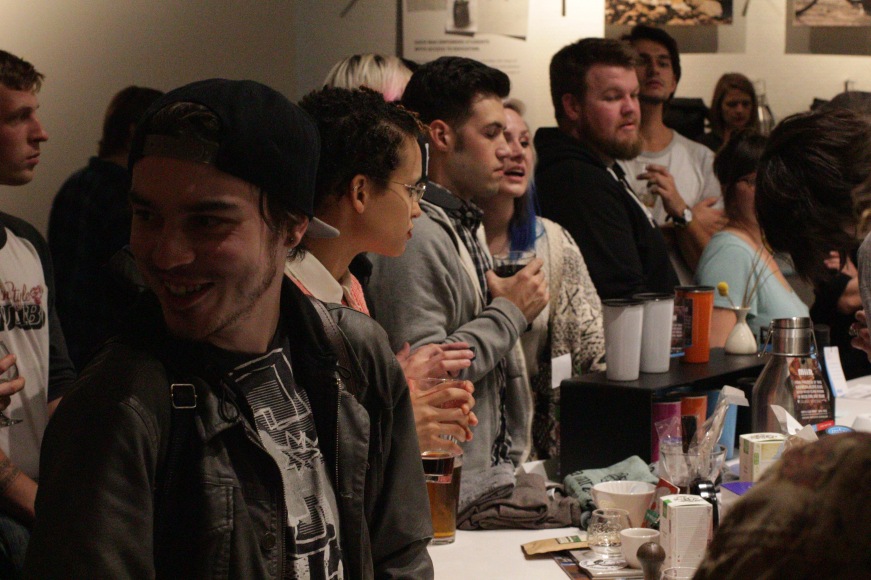 While most were glued to the bar, one figure cast a lonely shadow in a far corner of the room. Calvin works at a cafe in Vancouver. After making it through the first round he shared some thoughts on the throw down event. 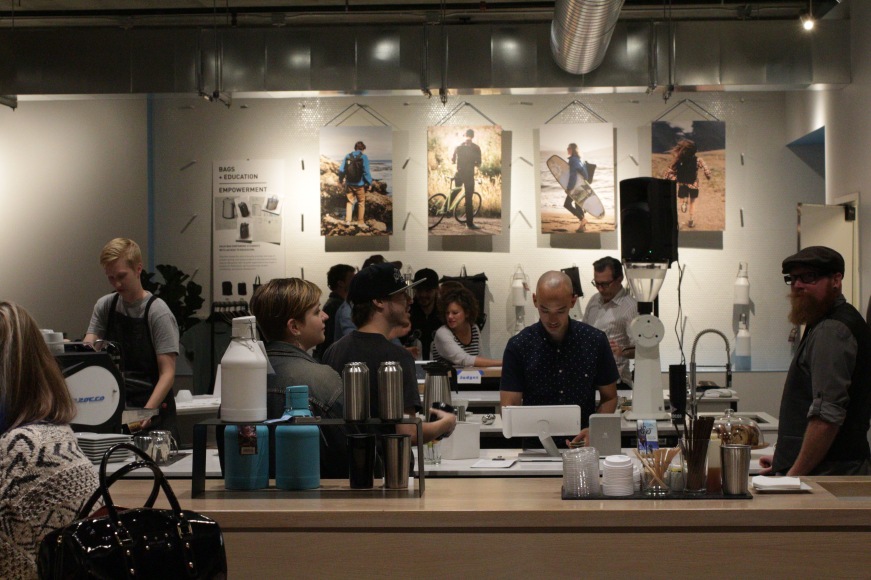 “I didn’t expect to get this far. I come to these so I can get used to them. So I’m not nervous.”

Nerves in the midst of a throw down pour is an all-too-familiar feeling for these baristas. They pour day-in and day-out, but nothing can upset a pour like a shaky hand wrought by the heat of the moment and the pressure of competition. 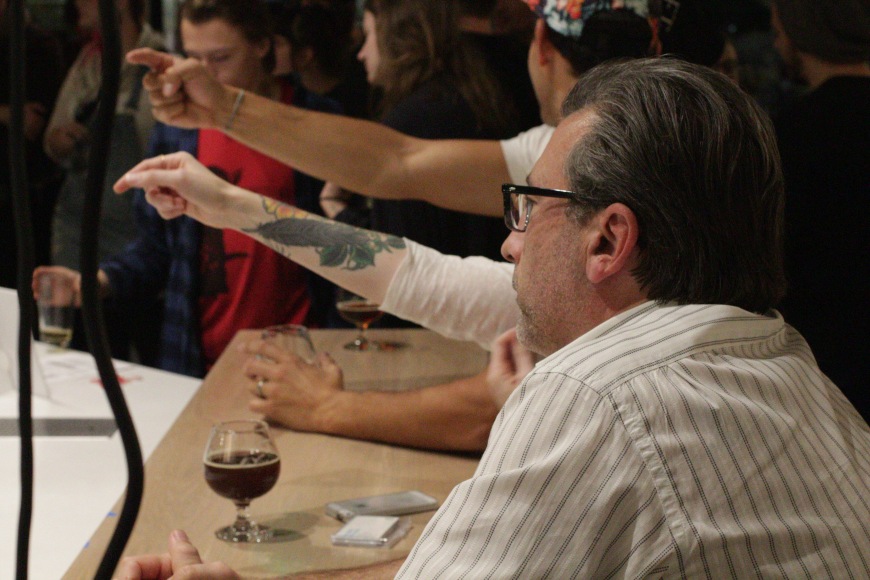 The 3 people who appear to be having the most fun tonight are the judges. Ensconced on their stools at the far end of the bar, opposite of the LaMarzocco, they turn their backs to the crowd behind and converse as the pours are placed on the counter behind them. Turning to assess the new batch, the judges make their choices, passing one and failing another, before turning back to the conversations. 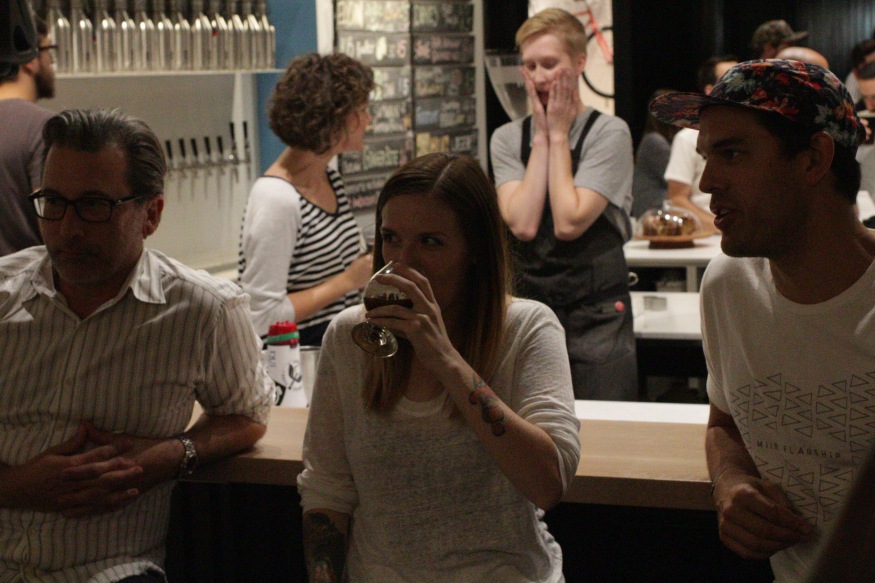 It’s easy to let the music and noise of the crowd wash over you. Thankfully a blast from the emcee’s microphone is enough to jolt one’s attention back to the scene at hand. 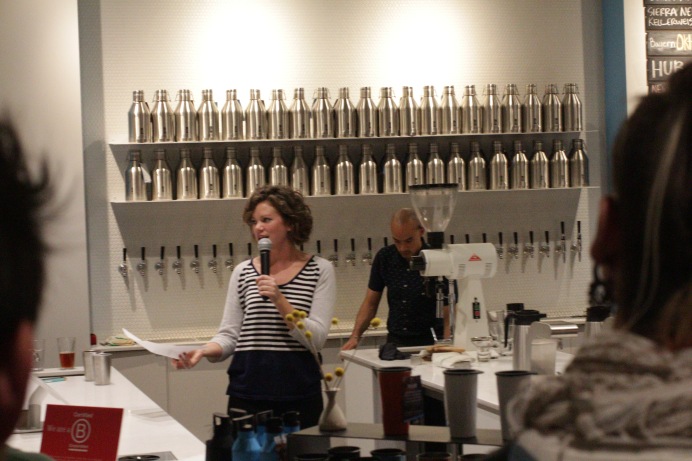 By 9:30PM only a thin band of loyalists surround the bar. The competition comes down to the wire. In a wild-card moment, never a rare occurrence at these events, Cordell is saved from prior disqualification and given redemption; the result of an odd number of participants. 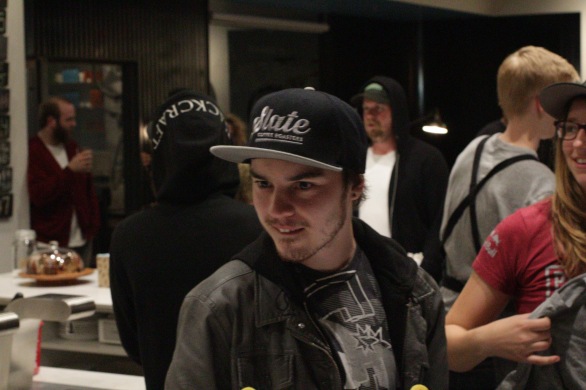 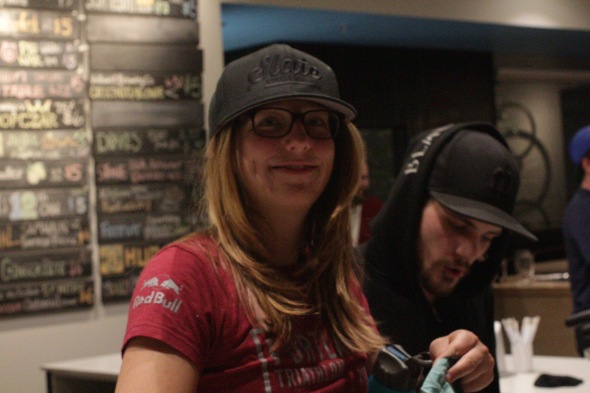 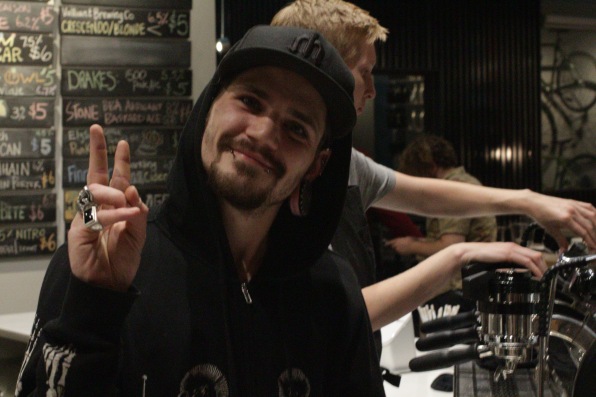 That wraps up another successful TNTNW! Next month things go to another level. Portland. SistersCoffee. CoffeeFestPortland. October draws near.